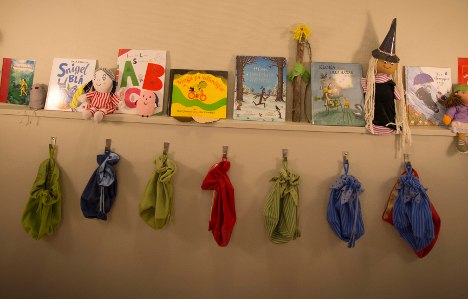 The 21-year-old-man now faces an investigation into nine suspected assault on children at the day care, and another two cases of suspected sexual assault outside of his place of work.

The man "has taken responsibility" for the two new cases, the prosecutor said in a statement on Friday.

The investigation at first looked at one suspected case of aggravated rape of a child, but as police looked further into the case, the young man became suspected of a total of nine sexual assault cases on children.

Prosecutor Linda Caneus said the evidence against him looked solid.

The day care, meanwhile, has come under fire for not informing parents that the rape case had morphed into a multiple-assault investigation immediately. The parents were told that there were nine suspected cases a day after the prosecutor announced the broadened investigation.

"It's possible that we could have sent out more information about what support the municipality and the county could offer," local school and social affairs spokesman Anders Johansson told the TT news agency. "But we're very thorough with offering support to everyone who has asked for it."

The day care is run by a private company, but the municipality is still responsible for oversight of local childcare facilities.

"This should not be able to happen," Johansson said. "But now we need to focus on securing a safe environment for the children."

The police will set up a mobile unit outside the day care on Saturday, where members of the public can ask questions and address their concerns.