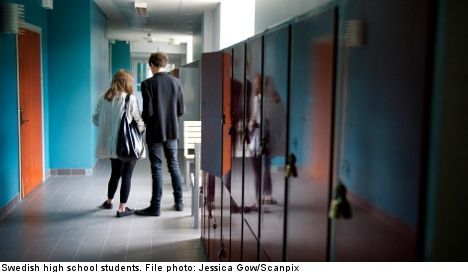 Expressen newspaper reported on Friday that three teenagers at Grönkullaskolan school in Rissne outside Stockholm got access to log in details for the school's intranet. They then, if suspicions are confirmed, set to work changing the grading for 31 pupils.

Some students, who said the hacking trio didn't like them much, reported having worse grades filed in the system.

For anyone wanting a better mid-term assessment, the trio was happy to oblige, for cash.

The three students also got into the SMS alert system, which sends a text message to parents if a pupil plays truant. For an unspecified period the school was simply alerting one of the trio about students who didn't choose to go to school, presumably leaving the parents in the dark about their children skipping class.

The police has now looked into the string of incidents. The investigation will look into suspected unlawful data intrusion.

The principal, meanwhile, assured all students that their assessments and grades would be readjusted.

"There are several reports that have been changed but teachers will readjust them after looking at their notes," Jörgen Smederöd told the paper. "And then the pupils will get their grades in June."