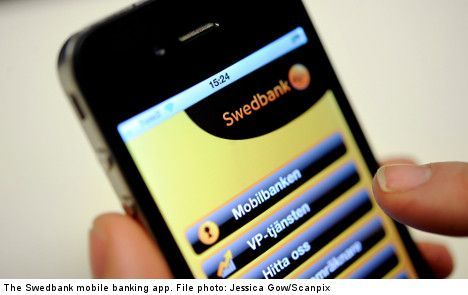 The bank blamed the system failure, which began at around 10.30pm on Thursday, on a routine update.
"We have two independent systems, and when one goes down the other one should cover for it, but now, suddenly, also our second system developed a problem," spokeswoman Anna Sundblad told the TT news agency.
"The likelihood of both system going down is extremely small, but it has now happened."
She added that there were no signs of outside interference. The bank's systems were up and running again at 3am on Friday.
While many Swedes were asleep at the time of the crash, people using Swedbank cards abroad reported troubles of their own.
All affected, however, will be compensated for any loss.
"To our clients I can only say that we are deeply sorry. If they've been affected financially in any way they should contact us, we have routines in place for how we compensate them," Sundblad said.