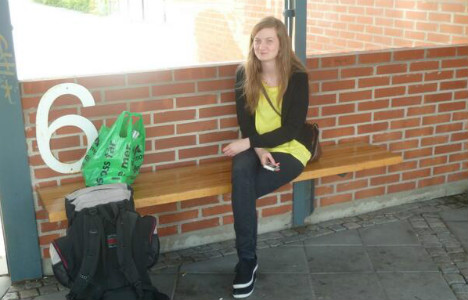 Jansson, 23, from western Sweden, vanished on April 12th sparking concern from her friends and family, who come over to England to aid with the search.

After a nationwide appeal to track her down the Metropolitan police confirmed on Saturday that Jansson had been found unharmed.

"She is fine. We haven't spoken to her much but she hasn't had to go to the hospital," Matt Russell of the Metropolitan police told Aftonbladet.

Concern for Jansson's welfare became more apparent when neither the girl's family or friends had heard from her for days. She had last been spotted on Ilford high road, greater London, at 9:30am on April 12th.

Sofie Marie Jannson – from #Sweden – who was missing from #Ilford was found this morning. Thank you for your retweets.

Both her brother and father went to Britain to assist the police with the search. Her mother Sofie told Aftonbladet that she was "really happy" to hear that her daughter was safe.

Police sources said that Jansson was found close to the location where she had last been seen a week earlier. The reason for her disappearance and her whereabouts for the past seven days are presently unknown.