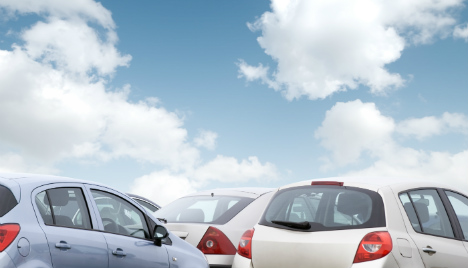 Security staff outside the Örjans vall arena in Halmstad, home of the local top flight football club, spotted the baby perched in the back seat of the vehicle in the glaring Easter sun which swept over Sweden in the course of the Easter weekend.

The guards decided that the child was at risk of dehydration and smashed the car's window and call an ambulance.

"The child's life was deemed to be at risk and so the window was smashed," said Kajsa Barkström at Hallands police to the TT news agency.

The ambulance personnel concluded in due course that the child was not in need of hospital treatment.

"They have got hold of the parents and they are under investigation for reckless endangerment," Barkström said, a crime which can carry a penalty of up to two years imprisonment.

It remained unclear why the baby was left in the vehicle with some reports indicating that the father may have been at the Swedish top flight game between Halmstad BK and local rivals Helsingborgs IF which ended 2-1. Skåne police confirmed that the burst of spring warmth over the weekend has led to a series of calls to save pets from stifling cars.

"It is always like that in April and May. It's very easy to not think about how hot it actually gets in a parked car," said Jimmy Modin at Skåne police to TT.