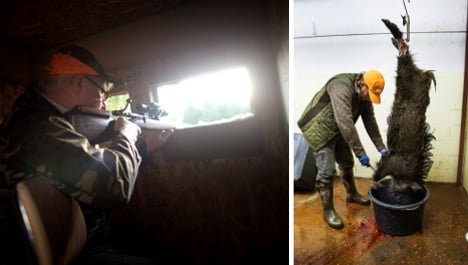 Wild boar hunters in Sweden. File photos: TT
Major Jan-Olof Ohlsson from Sweden's Home Guard (Hemvärnet) sent out a proposal to 43 landowners in southern Sweden, where wild boars are particularly rampant, and suggested that Swedish soldiers should be called in to tackle the problem.
Nils Gyllenkrok, a landowner of 14,000 acres in southern Sweden, received one of the proposals and welcomed the idea.
"The boars spread like crazy," he told The Local. "Keeping their numbers in check is a very tough problem."
He explained that boars have proven to be a headache for many landowners. When the animals stray from the forest, they decimate gardens, crops, golf courses, and paddocks where cows graze. Provided the cull would respect Swedish hunting laws, Gyllenkrok said he would be fine with the home guard showing up on his land.
"I don't think it's controversial, most of the people in the home guard are hunters anyway. People think they're people with helmets and automatic shotguns, it's not like that at all."
The idea could also kill two birds with one stone. Major Jan-Olof Ohlsson, the man with the original plan, told the Expressen newspaper that killing the beasts would serve as welcome practice for the soldiers.
He added that wild boars were no easy target.
"They're smart as hell," he said, adding that live-targets added a new dimension to current training exercises. "You've got to be prepared to kill someone. And not everyone is able to do it."
The Home Guard itself was not as keen on the idea. A spokeswoman at the organization told The Local that Ohlsson's remarks amounted to "nothing more than a personal opinion" and that the notion "was not something we will attend to now or in the future".
Experts estimate that there are around 150,000 wild boars in Sweden, up from only 500 in 1988. Over half of them are in the southern reaches of Sweden.
Animal insurance agency Agria reported that 152 people were injured by boars in Sweden last year. Just four people suffered a similar fate in 2006. 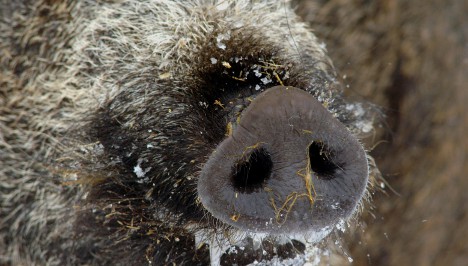 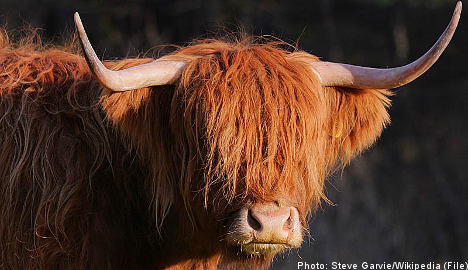