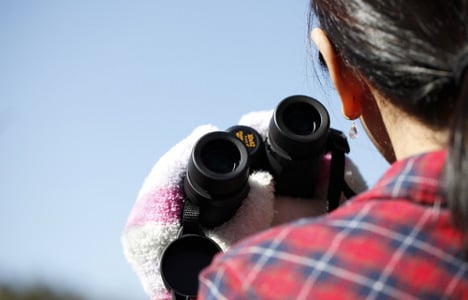 A woman, unrelated to the story, watching birds. File: Shutterstock

Varberg Distict Court on Tuesday found a 29-year-old man guilty of sexual harassment after he was caught naked in a birdwatching tower on Getterön island, western Sweden, a known birdwatching hotspot.

The female birdwatcher who caught him, however, also claimed he had shown his sexual organ and masturbated in front of her, an allegation that landed him in court.

He has denied all charges against him. He claimed he was sunbathing up in the tower.

On Tuesday, the district court found him guilty not only of sexual harassment, but of driving under the influence and narcotics crimes. He will have to pay 80 days fines (dagsböter), each a sum equivalent to the convicted person's yearly income divided by 1,000.