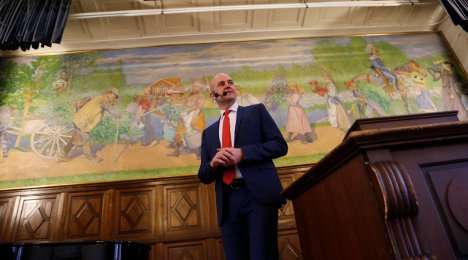 "European cooperation has created a foundation where individual rights are paramount, and has created the possibility to move freely," Reinfeldt told students at Luleå Technical University, adding that his party encouraged diversity.

The prime minister said that while the union was not perfect, it was better than the alternative.

Reinfelddt said that several "aggressive nationalist" parties were trying to gain entry to the European parliament in upcoming elections, and urged the students that no matter which party they voted for, it should be a party that valued the union.

"Let go of the age-old and revolting thought that what sticks out is dangerous," he cautioned. "Safeguard the idea that we are individuals, who are different and can live together with tolerance and mutual respect."

Sweden has 20 seats in the European parliament.