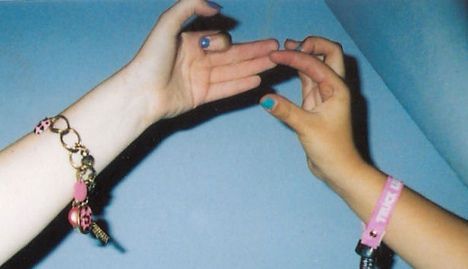 Almost 24,000 teenagers aged 12 to 18 took part in the Young Voice survey. The survey looked a wide range of health and wellbeing issues.

One in five of the girls said they felt they were at risk of hurting themselves. About nine percent of boys reported feeling the same fear.

One in five girls also said they had suffered an eating disorder.

"That's a higher average than in previous surveys," Inger Ashing, head of the Swedish chapter of Save the Children (Rädda Barnen), told the TT news agency but added the organization did not know why the number had gone up.

The survey also looked at how young people in Sweden were faring online. One in four Swedish children said they had received insulting and degrading messages online. One in ten girls had been contacted by an adult looking for sex or wanting to talk about sex.

Overall, Save the Children said, Swedish children were doing quite well, but when they ran into problems there could be obstacles to finding the right assistance.

"What is very serious is that if they're not feeling or doing well they're not getting the help they need," Ashing said.