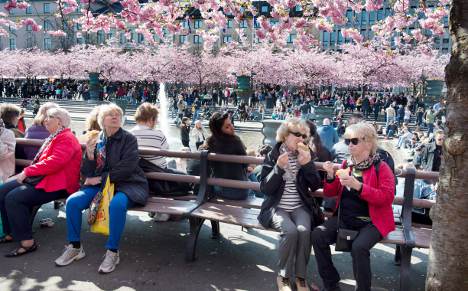 While the sun should stick around across the entire country for the rest of the week, it's the upcoming weekend which will have winter-weary Swedes cheering. Temperatures could reach above 20C.

Frost said that southern Swedish county Skåne, as well as parts of the west coast, were already experiencing summer weather. The website of the state weather agency waxed poetic over the weather.

"It looks like it won't give way in a hurry," the official summary stated.

But warm days don't promise mild nights, the meteorologists warned, as there could be some thunder down south courtesy of a weather system moving over Baltic neighbour Poland. And temperatures could drop so far on Wednesday nights that southern Swedes will see frost overnight.