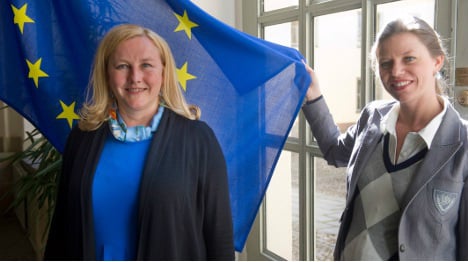 “If we can be successful in these negotiations and make it the most modern broad partnership agreement then it can also set a standard for our negotiations in the WTO,” Björling told The Local regarding the Transatlantic Trade and Investment Partnership (TTIP).

In her opening remarks at a seminar hosted by the foreign ministry in Stockholm on Friday, Björling described the TTIP talks as an “opportunity for trade policy history”, underlining Sweden's importance to the deal.

"Sweden is a trade policy superpower," she declared, pointing out that the country exports more per capita to the US than any other nation.

“We are the world’s most open economy,” Thorwaldsson said. “We are totally dependent on free trade”.

“The TTIP can be a catalyst for improved relations between the US and the EU,” Wallenberg said.

He said that many Swedes believed the US labour market to be "lawless".

“Those of us who have done business in the US recognize that is not the case.”

Björling said the EU and the US still have many cultural differences, underlining that the talks hinged on what she called an approach based on mutual respect.

“We have some discrepancies, but I think that if we have the political will we can solve it one way or another," she told The Local. "Perhaps in a more modern way, which is more that just saying 'we need to follow your legislation' or 'we need you to follow ours'."

Björling underlined that telecoms, financial services, and public procurement were areas of particular interest for Sweden that the country will push for in the TTIP trade talks. Negotiators hope to reach a deal by 2015.

Björling was bullish in her closing comments following criticism that the trade talks were being conducted in a secretive manner in the halls of Brussels and Washington.

“I will not listen to people who paint nightmare scenarios of terrible companies locked away in closed rooms. Transparency is key,” she said.

Talking to The Local, the minister explained that the surveillance scandal broken by US whistleblower Edward Snowden in 2013 was “not positive” and had been deliberately kept well away from the TTIP talks.

“It has not damaged this process. It is ongoing. On track. We have separated the surveillance discussion in a working group at the Council of Justice.”

While participants at the seminar were generally positive towards the prospect of a far-reaching transatlantic trade deal, Mikael Karlsson from the Swedish Society for Nature Conservation (SNCC) warned that the projected economic growth benefits were incompatible with maintaining existing environmental legislation and standards.

“It just doesn’t add up,” he said, citing a figure of 0.48 percent as a best case scenario for GDP growth.

Ewa Björling conceded that there were differences in standards between the EU and the US, a common theme in the broader discussions involving business figures, but argued that this situation went both ways.

On the subject of public health and the environment, Björling was more forthright.

“We will not waver on health and the environment,” she declared.