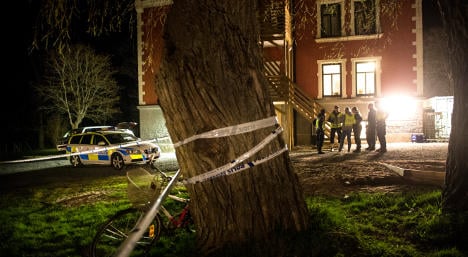 The Swedish police have opened a preliminary investigation into attempted murder, but gave few details of the incident.

"It seems to have been some kind of fight between people who lived there – not any outsiders," Örebro police duty officer Jens aug der Heide told the TT news agency on Wednesday.

"We will try to question more people this morning, witnesses, maybe the people involved, and we'll hopefully get an idea of what happened," he said.

The three people at the centre of the Tuesday night's incident have so far refused to speak with the police. Two of them were taken to Örebro University Hospital for treatment for serious injuries.

The police declined to comment on whether any weapons had been used or to explain what type of injuries the two people had sustained.

On Wednesday afternoon, the police explained that the three persons all lived together in a cottage on the grounds of the residence and were friends. Details were still not given as to why or how they had become embroiled in a fight.