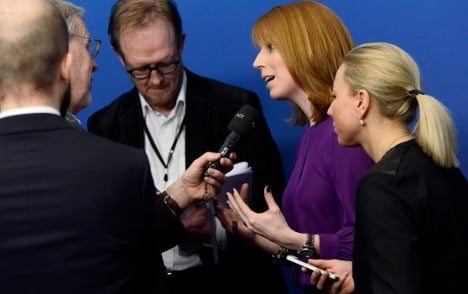 At noon on Friday, AstraZeneca said no to a new and improved take-over offer from Pfizer. It marked the third time in 2014 that Astra Zeneca turned its nose up at a purchase bid from its US competitor.

"The financial and other terms described in the proposal are inadequate, substantially undervalue AstraZeneca, and are not a basis on which to engage with Pfizer," the Anglo-Swedish drug makers said on Friday.

“AstraZeneca continues to invest significantly in research, development and manufacturing in the UK, Sweden and the US," company board chairman Leif Johansson said in a statement.

"We are showing strong momentum as an independent company, in particular with our exciting, rapidly progressing pipeline, which the board believes will deliver significant value for shareholders."

The question of jobs was top of the agenda for the Swedish enterprise minister, Annie Lööf, who said on Friday that a potential take-over would be threatening for Swedish workers.

"In my contact with Pfizer, I have put forward the government's strong wish to safeguard Swedish jobs and research," Lööf told the TT news agency. "It's important that both research and development stay in Sweden, regardless of who owns (the company)."

Pfizer head Ian Read has written to the British premier to promise that AstraZeneca's headquarters would remain in the UK if a take-over went ahead. Read also pledged to keep at least 20 percent of its total research and development (R&D) staff in the UK, to keep a factory open in Macclesburg, and to complete the construction of a research centre in Cambridge.

Lööf said that Pfizer's pledge to David Cameron and the focus on keeping R&D in Britain could spell tough times ahead for Sweden.