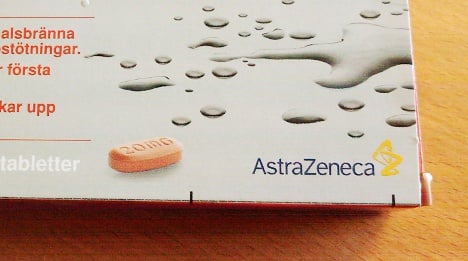 File: Sjumilakliv/Flickr
"We spent so many decades fighting capitalists that when Sweden finally enacted reform, private owners could do little to fight off the fund managers that swept in," says Torun Nilsson, editorial writer with business daily Dagens Industri (DI).

Fund managers, however, don't tend to foster pet projects, they want returns and they want them quickly, points out Nilsson, who is the author of When Sweden Sold its Nobel Industry – the story of Astra, Pharmacia, and Kabi (När Sverige sålde Nobelprisindustrin: historien om Astra, Pharmacia och Kabi).

Private ownership suited the needs of the industry better, she argues, but Swedish government policies made their lives difficult for much of the 1900s. Some sailed on despite the headwind, however.

"(Swedish industrialist) Jacob Wallenberg kept Astra under his wing for twenty years despite the company not having a hit," Nilsson offers as an example.

"All pharmaceutical companies want a blockbuster, but fund capital doesn't have the patience to wait for it," says Nilsson to explain why Sweden saw so many mergers and acquisitions in the industry.

It can take ten to fifteen years to take a medicine from the ideas stage to production and distribution. And there's no promise of a return on the owner's investment.

"It's like Bingolotto," says Nilsson, referring to the popular Swedish lottery programme on television. "You have no clue if you'll win."

Last week, Anglo-Swedish pharmaceuticals company AstraZeneca rejected the third take-over bid this year from Pfizer, but Nilsson thinks it's just a matter of time before shareholders give in.

"Sweden's a bay in the global sea of capital. Funds own a lot in the global market and the fund managers are counting on a return," she says.

"Three to four big funds are the biggest AstraZeneca owners and they'll have to (give in). They can't go against the interest of the fund investors," says Nilsson.

"It would be so-far unheard of if the funds resisted a bid that is high enough."

So if it's not if, but when and at what price, what can Sweden expect from a Pfizer takeover?

Nilsson notes that the American drugs company has sent reassuring pledges to the British that they'll get to keep at least 20 percent of Pfizer research in the country after an acquisition. No such letter has been sent to the Swedish government.

"I don't know if it was possible to keep AstraZeneca headquarters in Sweden when the company became half-English, half-Swedish, but if they had, that letter would have been sent to the Swedish government," Nilsson says.

Last week, a British journalist rang Nilsson at work. Would the Brits be able to keep hold of its medical industry jobs? What was Sweden's experience?

"They're naturally concerned about jobs disappearing," says Nilsson, who has seen it happen at home.

At present, Sweden has one of three AstraZeneca research sites left, in Mölndal. It was once the home to an an independent research company, bought up by Astra, where researchers developed the heart-burn drug Lozec. AstraZeneca last year said it was one of three prioritized research sites, but what will happen if Pfizer takes over is anyone's guess, Nilsson says.

AstraZeneca research sites in Lund and Södertälje have already closed down. The same scenario holds true for much of Sweden's pharmaceuticals industry.

"There are only scraps left of Pharmacia," Nilsson notes.

Smaller independent drug developers have to fight for capital constantly, often from risk capitalists. Even with a winner drug on their hands, the smaller firms don't have the clout to push a drug trough approval, marketing, and finally sales. So they sell the patent, Nilsson notes, and the profits end up outside Sweden.

While she credits the Swedish government for getting rid of some of the cumbersome taxes that held the "super capitalists" back – inheritance tax, for example – and for pumping money into research, could it be too little too late for Sweden?

"Sweden could be on its way to becoming a production country," she says.