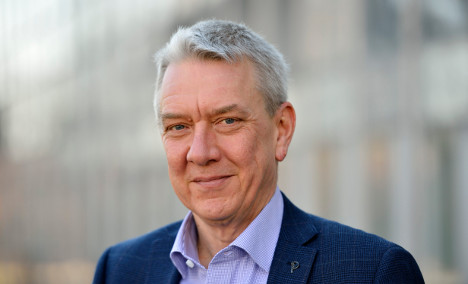 The Pirate Party can boast two out of Sweden's 20 MEPs, enough to make them the fifth most popular Swedish party in the European Parliament. And they're planning to grow this year.

And the party, which Engström classes as a focus- rather than a single-issue party, has grand plans after a possible re-election.

The party aims to legalize file sharing, promises a free internet, and plans to tackle mass surveillance. Engström added that the European Parliament was the only global institution to do anything following the revelations by Edward Snowden.

"The internet is the most important thing to happen to mankind since the invention of the printing press," he said. "It's obvious and natural that there should be a number of policy issues that arise from that."

"But unfortunately the Pirate Party is the only party to realize this," he said.

Engström had little praise for Sweden's tweeting, blogging foreign minister, Carl Bildt, who spoke at the opening of the Stockholm Forum for Internet Freedom and Development (SIF) last year, as bloggers and hacktivists alike travelled to Sweden to talk about the internet.

"He's happy to support fundamental rights on the net in various totalitarian societies far away, but his own government refuses to repeal the data retention law even after the Court of Justice has found it breaches fundamental rights in Europe," Engström said.

"He is a hypocrite, unfortunately."

Engström instead puts his hopes to the next generation.

"But young people understand," he added. "They grew up with the internet, it's a part of their reality. But most of the old Swedish parties seem to regard the internet as some kind of toy to take away from kids when they're being naughty."

Even though the party has only two out of 751 seats (the other belongs to Amelia Andersdotter), Engström said the European Parliament remained an excellent place for focus parties as it offered "the only way to get anything done".

He pointed to previous successes including stopping the Acta agreement and defending net neutrality. They even convinced the Greens to adopt their programme on file sharing.

"This demonstrates that if you're focused on a particular area you can make a difference in the EU parliament," he concluded.

With advanced voting opened to Swedes on Wednesday, Engström hoped to see more than just Swedish Pirates earning seats when the results were tallied.

"We're hoping for some German Pirates and maybe some Finns," he told The Local, adding that the results can only improve with each passing year. "Each year, one year's worth of voters stop voting and they are replaced by digital natives. We need more Pirates in Europe."