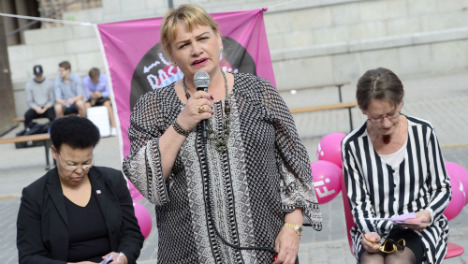 "This is a further violation. But it is at the same time positive that a state body… rules that what the police have done is wrong and illegal," Soraya Post, EU parliamentary candidate for the Feminist Initiative and Roma human rights activist, told the Dagens Nyheter daily on Wednesday evening.

"We will just have to bring this before the European Court," she added.

The Chancellor of Justice (Justitiekanslern – JK) confirmed on Wednesday that the Skåne County police department register was illegal. The existence of the register was exposed by Dagens Nyheter's reporter Niklas Orrenius in September 2013.

"It is unacceptable for a police department to set up a register and process personal data without fully meeting the requirements set by law," the office of the Chancellor of Justice wrote in a statement on Wednesday.

The decision means that anyone who applies for compensation will be entitled to the sum. Of the 4,700 people listed in the register, some 4,500 people, and thus potential claimants for damages, remain alive today.

JK is the second state body to deem the register to be illegal. The Commission on Security and Integrity Protection (SIN) ruled in November that the Skåne County police department had broken the law, a decision which paved the way for state payouts.

The SIN report also concluded that there had been no need to add all the names in the database, which Skåne County police has claimed was originally put together to keep tabs on Roma in the south suspected of crime. The list ballooned, however, including children, reporters at public service radio's Romani Chib broadcast, in-laws of Roma Swedes, and people who had passed away.

The Skåne police department reported itself to the police when the register was exposed and has insisted that the sole purpose was to fight crime and not to register members of an ethnic group.