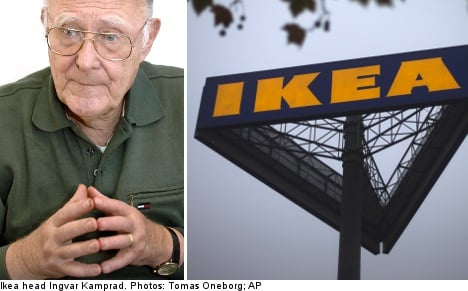 For many Ikea means a weekend trip to the shops, but the Swedish flatpack furniture giant has unveiled plans to make it a much more cultural experience by turning its first store into a celebration of its history.

"The first Ikea store was open here in Älmhult, and in 2012 it moved to a new site. That gives us the opportunity to use this building for a museum," managing director for the site of the future museum Michele Acuna told AFP.

Ikea was founded in 1943 not far from the southern Swedish town of Malmö, a largely rural area lacking major tourist attractions.

There is already an 800-square-metre (8600-square-feet) exhibition space dedicated to the history of its products in another building, but Ikea has made an official request to renovate the former flagship store to host 3,500 square metres of exhibition space.

"We have seen that there is a lot of interest in our history of 70 years," Acuna said, citing the frequent visits Danes, Germans and even Dutchmen.

"We intend to tell stories not only on our product range but also on how the Ikea business developed and about people, and of course to give a fun and interactive experience to visitors," she added.

The company did not reveal how much money it intended to invest in the museum, which it hopes to attract around 200,000 visitors per year.