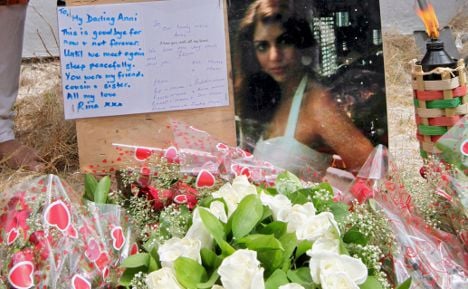 Photo: TT
Extradited British millionaire businessman Shrien Dewani briefly appeared in a Cape Town court on Monday, with his lawyers successfully arguing he was not yet fit to stand trial on charges of ordering his Swedish wife's murder.
Judge John Hlope ordered Dewani to appear in court again on June 20 and he was remanded in custody at the Valkenberg psychiatric hospital where he has been receiving treatment since his arrival in South Africa last month.
Dewani, 34, glanced nervously around him in the dock as his lawyers said psychiatrists had told them Dewani had been cooperative but lacked the ability to concentrate for any length of time.
They were hopeful that his condition would improve, lawyer Francois van Zyl told the court.
Dewani, who returned to Britain shortly after his wife's murder in 2010, had fought his extradition for three years, claiming he had mental health problems including depression and post-traumatic stress.
If he is not found fit to face trial within 18 months, he will be returned to Britain under the terms of his extradition.
Dewani denies ordering the killing of his 28-year-old bride Anni in Cape Town in November 2010.
He claims the couple were kidnapped at gunpoint during their honeymoon as they drove through the Gugulethu township in a taxi.
Dewani escaped unharmed, but his wife's body was found in the abandoned car the next day. She had been shot dead.
Prosecutors allege Dewani hired South African Xolile Mngeni to kill Anni.
Mngeni was jailed for life for the murder in December 2012.
Two other men also jailed over the killing allege that Dewani ordered the hit.