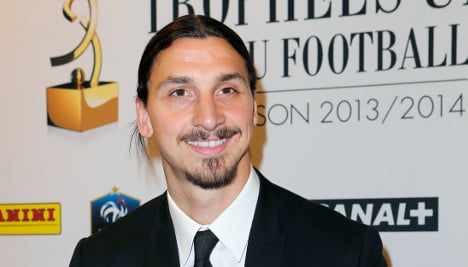 Photo: AP
With a game of the season still to go, Swedish striker Ibrahimovic is the French top flight's leading scorer with 25 goals and has netted 40 in all competitions, beating the all-time club record of 39, set by the Argentine Carlos Bianchi in 1978.
His performances helped PSG retain the Ligue 1 title and he has now won nine national league titles in 13 years, encompassing spells with Ajax,
Juventus, Inter Milan, Barcelona and AC Milan as well as Paris.
Another PSG player, Italian midfielder Marco Verratti, was named Ligue 1's young player of the year, while the coach of the year gong went to Rene Girard of Lille.