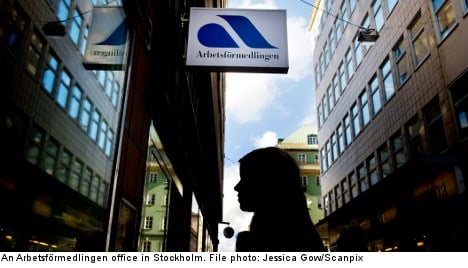 The Eurostat study showed that 79.8 percent of Swedes between the ages of 20 and 64 were employed in 2013, enough for Sweden to lead the pack by almost 3 percentage points.
Sweden was followed by Germany (77.1 percent), the Netherlands, and Denmark, all of which hovered above the mid-seventies.
The EU average was more than 10 percent lower, at 68.3 percent, and marked a continent-wide trend since the financial crisis in 2008 when it fell from 70.3 percent to 68.9 percent.
The EU aims for an employment rate of at least 75 percent by 2020.
Sweden's top marks follow a gradual increase since 2009, when 78.3 percent of those aged 20-64 were employed.
Sweden also performed particularly well in the oldest age bracket – those between 55 and 64 – with 73.6 percent employed. It was the only country in the EU to boast over 70 percent in the category, followed by a distant Germany at 63.5 percent.
The lowest employment rates were in Greece (53.2 percent) and Croatia (53.9 percent).