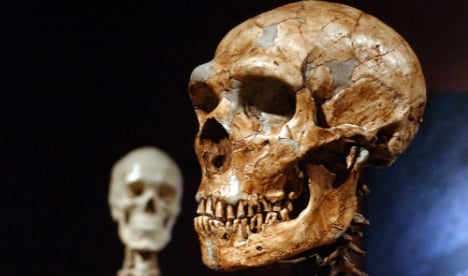 Photo: TT
The two men are in their 30s and ply their trade as black-metal musicians, according to a report by Sveriges Radio (SR).
The heist was blown by a member of the school staff who was then attacked by one of the men with a fire hammer. He has been charged with attempted assault.
His partner in alleged crime has been charged with weapons offences after pistol ammunition was found in his apartment.
One of the men has confessed in police interviews, describing the incident as "stupid drunken antics" and that he thought "it could be a really cool hard-rock thing to have one (a skeleton) at home."
The other man has denied the charges, explaining that he had been attending an occult ceremony and was on his way home when he was arrested.
The incident marks the second time in recent years that a skeleton has made headlines in Gothenburg. In November, 2012, a 37-year-old woman was charged with "violating the peace of the dead" for allegedly using human bones as sex toys.