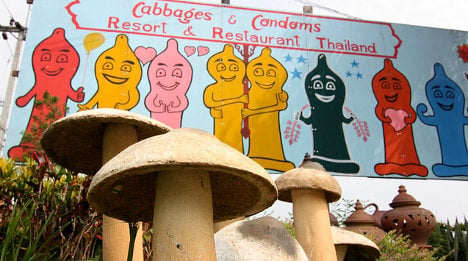 A Thai café that uses its profits for HIV education. File: Jeremiah Roth/Flickr

There were only 37 cases of Aids reported last year, the lowest since the epidemic broke out some thirty years ago.

The number of new HIV infections, however, reached 461, a slight increase from the year prior but holding steady to the annual average spread out over the past ten years. Since 1983, residents of Sweden who find out they are HIV positive must by law report it to the health authorities.

The Public Health Agency (Folkhälsomyndigheten) said annual variations in reported cases of HIV in part depended on migration streams to Sweden, and whether new arrivals were tested for the virus or not.

Of the total number of newly diagnosed HIV carriers last year, 264 were men and 166 were women. The average age at diagnosis for men was 37, for women 35. At 85 percent, the vast majority of new patients were born outside Sweden,

Seventy-six percent said they had caught the disease outside Sweden, where the most commonly reported method of infection was heterosexual contact. Less than half that – 84 patients compared to 192 – were infected through homosexual contact.

Twelve people said they had caught the virus through injecting drugs.

Sweden offers medicines to suppress the virus and stave off the onset of Aids, when the person immune system fails. The advances in medicine explain in part why the annual tally of Aids cases has fallen.

Failure to catch the virus in time, however, could account for those patients who still went on to develop Aids, the agency noted.

"In most cases (of Aids) it's people who have been diagnosed with HIV late in its development and therefore not had access to treatment that could stop Aids developing," the agency noted in a statement.

One child born in Sweden last year caught the disease from their mother. Nowadays, Swedish healthcare usually manages to protect the child during pregnancy and birth. 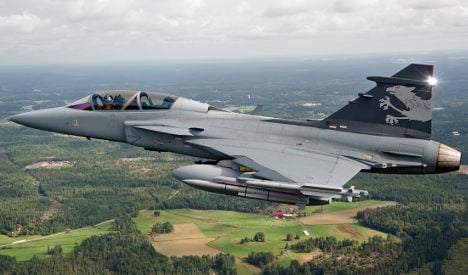