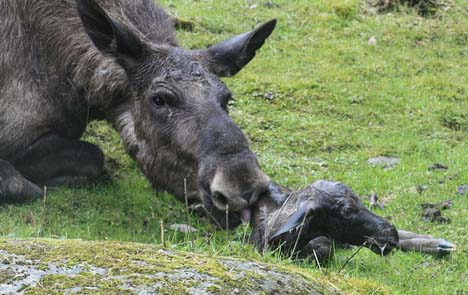 Researchers at Sweden's Agricultural College (Lantbruksuniversitet) have been keeping tabs on 20 elk in the forests near Växjö. The first calf arrived in early May, and many more have since followed.

Of the 20 elk, which wear bright-yellow GPS devices around their necks, twelve have birthed so far – seven producing twin calves.

Last year his team, which has followed the elk population for several years, found seven dead calves in the woods. The weather could have been partly to blame, he said.

"It was a good summer for humans, but a bad summer for elks," he noted. "It was dry in the spring and dry in summer."

One of this year's new-born calves gave him another cause for joy.