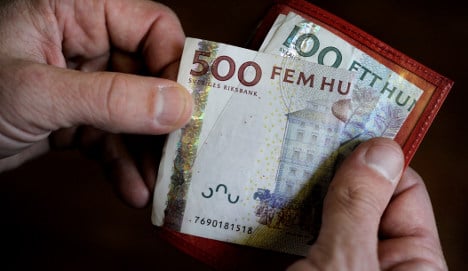 Photo: Jessica Gow/TT
The man is alleged to have stolen the money from his elderly neighbour, who has since passed away. He is suspected of having tricked the neighbour into transferring 987,000 kronor to him, promising that the money would be declared and sent back.
The younger man was helping the elderly neighbour with his finances at the time.
The suspect has a long history with police. He is also suspected of murdering his 38-year-old partner 15 years ago, with police chancing upon the embezzlement details while investigating the murder. He was released at the time due to a lack of evidence.
Police detained the man back in February in relation to a separate crime. He is believed to have started a fire in Västra Götaland.