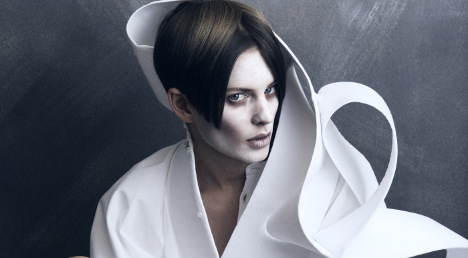 The new retrospective opened on Thursday at the central Stockholm museum Sven-Harrys. It  takes a look at Swedish fashion but slims the time period down to the new millenium's first decade and a half – a minispective, one could say, dominated by black, strong silhouettes, denim, and androgynous fashion.

"We like comfortable and gender-neutral design," guest curator Cia Jonsson told Swedish Elle magazine when she was putting together the exhibition.

"It's a look that mirrors the democratic and the equality in our society."

Jansson said that Swedish design had taken several leaps forward after the turn of the century due in part to the internet, which made showcasing and promoting design to foreign buyers easier. She also credited a vanguard of Swedish fashion designers at the time who broke new territory.

"Everyone who had the courage to go further in form and design," Jansson told Elle.

As Stockholm fashion week grew to maturity it attracted foreign editors, which in turn also meant designers began to produce a few "showpiece" looks  – trying to get attention – in addition to their main collection.

But curating the exhibition turned out to be more difficult than Jansson bargained for, as few Swedish designers keep an archive. It meant she had to go hunting for select pieces, often borrowing them from private owners.

She told Elle magazine that fashion had more status in Sweden now compared to just ten, fifteen years ago.

"The big difference started to be noticeable around the middle of the noughties when experimental handicraft designers like Helena Hörstedt and Sandra Backlund became big," she said. "Their creations are so obviously valuable after hundreds of hours of work by hand."

For more information about the exhibition, visit the museum website.