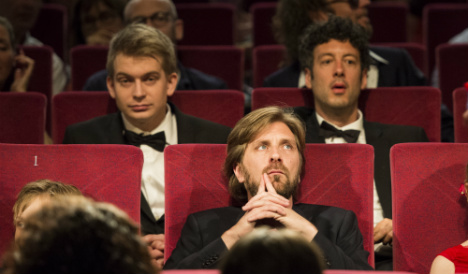 Östlund become the first Swede to land the jury prize in the "Un certain regard" category, according to Sveriges Radio.

The world première of "Force majeure" ("Turist") was met with a three minute standing ovation in Cannes last Sunday and Östlund has been hot property on the French Riviera after critics lauded his efforts.

The director, whose previous work includes the critically-acclaimed "Play", has explained his film as an attack on the sanctity of the nuclear family and tells the story of a family holiday in the Alps which narrowly avoids disaster in the face of an avalanche.

An avalanche sparks a spontaneous act of cowardice from the father, sparking a process of introspection and family turmoil.

Östlund has expressed disappointment that the film was not included in the main Palme d'Or prize category, but the jury prize firmly puts the 40-year-old former ski film director on the global movie map.