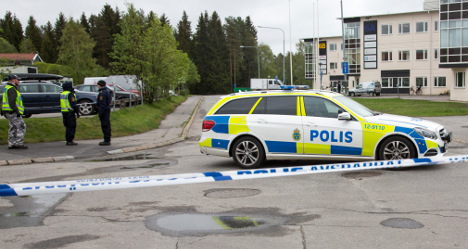 Photo: Rolf Höjer/TT
The object, which had some form of clock attached, was found taped to the door on Monday morning in Ersboda, northern Umeå. Police evacuated the building, and nearby residents were even told to leave their homes.
In the early afternoon, a bomb squad detonated the package. It remains unclear if the package contained explosives, but a forensic team is on the case.
Police have launched an investigation into aggravated illegal threats. No one was injured.