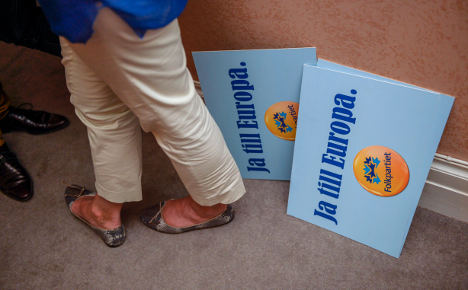 "They're scary," Malmström said about the rise of nationalist, extreme-right, and xenophobic parties in the European parliament elections over the weekend.

"What worries me is that their rhetoric has infected other parties.That means it could be difficult henceforth to make decisions on everything from labour migration, taking more responsibility for refugees… it won't be easier after this."

Malmström added that the new composition of the parliament, with several EU critical parties, could also endanger decision making about free trade, the internal market, and openness in general.

"There is also a risk that other parties on national level feel they have to adopt their agenda, but that's the wrong strategy," Malmström told TT.

The Sweden Democrats earned almost 10 percent of the country's vote, meaning the party will get its first ever seats in the European parliament.