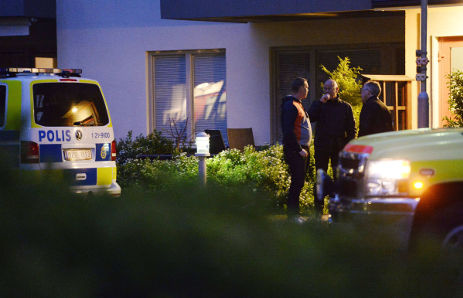 Photo: TT
Police were alarmed by neighbours who heard screaming from the apartment in Luthagen, Uppsala at 8:45pm on Monday. They arrived at the scene to discover the body of a woman, apparently murdered, and her child.
An hour later police apprehended the child's 31-year-old father, who was previously in a relationship with the woman, officers said.
"The three-year-old has been taken to the hospital, and it was determined that the child had not received any injuries," said Uppsala police spokesperson Lisa Sannervik.
The child has since been transfered to social services.
Police refused to comment further about the ongoing investigation on Tuesday morning.
"There is still a great deal of work to be done," police spokesperson Christer Nordström told newspaper Dagens Nyheter.
TT/The Local