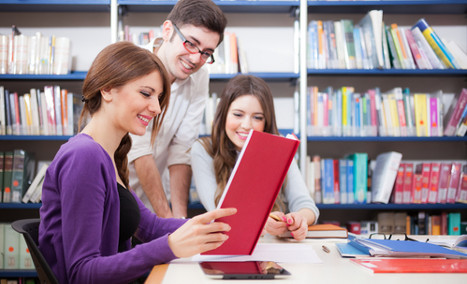 The survey from Statistics Sweden showed that 69 percent of the women plan on going on to study, while 48 percent of the men expressed the same intention.

Students enrolled in vocational high-school programmes were less interested in university  – 38 percent of the women and 14 percent of the men said they planned to study further within three years of graduation. When asked if they would consider studying again after a three-year gap or longer, half of vocational students said they were interested in further studies at some point in life.

One tenth of vocational students who took part in the Statistics Sweden study said their school did not offer them the courses required to get the academic credit required to apply to university.

The study found that vocational students were more interested in working in healthcare or becoming teachers in the future than their peers studying academic subjects in high school.

The differences between men and women was less marked among students in the natural sciences high-school programme (naturvetenskapslinjen), where students in general more often said they had plans to go onto university immediately or within three years of graduation.

In general, women with plans to study further were more interested in economics and social sciences. Men tended to go for technology and natural science as their first choice instead.

The most popular universities among the Swedish students were Gothenburg University and Lund University. Other popular choices were the universities in Stockholm and Uppsala.

The survey was based on information from 5,014 students set to graduate this year. 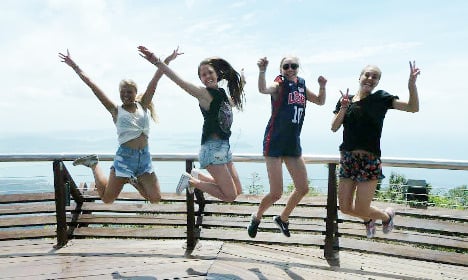 EDUCATION
Why Swedes are so relaxed about taking gap years

As an exchange student coming to Uppsala on my Erasmus year, I was quite surprised when I noticed almost all freshmen were (way) older than me. I was about to graduate from my bachelor degree at 20, when Swedes of my age were only starting university. Later I learned they had taken a gap year between high school and their first year of university. This is still uncommon in France and is frowned upon as a sign of future failure.

In France “you have to think seriously about your future”

“My teachers told me that my plans were nice but that I had to think seriously about my future,” says Adèle Fensby, a French-Swedish political science student in Uppsala.

She and her sister went to high school in Grenoble, France. “Teachers weren’t supportive at all and wanted me to go to a preparatory class,” she explains. “I only applied to an economics programme at university so they would leave me alone.”

Fearing the same reaction, her twin-sister did not even tell their high school she was taking a gap year. But in August 2014, after their baccalauréat, they flew to Sweden to study English at Gothenburg University.

A year later, the two sisters took different paths: Adèle Fensby decided she wanted to keep studying in Sweden and applied to the political science programme in Uppsala, while her sister went back to France to study law in Paris.

Fensby twin sisters during their gap year in Gothenburg/Photo: Private

“My sister had a hard time registering to university when she got back in France,” says Fensby. Indeed many French universities only accept students who have just graduated from high school or who have spent at least a year in university before. A gap year can turn out to be more of a burden than an asset.

By contrast, Adèle Fensby, who decided to study in Sweden, “got a bonus from this year”. Indeed a gap year adds “merit points” for Swedes who apply to university. This system encourages young Swedes to go abroad and make the most of the opportunity to recharge the batteries.

Maja Sellergren just graduated last June. She now plans to work a few months before going to Costa Rica with two of her high school friends. Everyone around her backed her decision. “My parents think I can do what I want and my teachers and friends think it’s good because you have the chance to try new things and travel,” she says.

While teachers and family in Sweden are generally very supportive, some parents have mixed-feelings about their child taking an extensive gap year.

“My parents were hoping I would only do half a year and they started to get critical when I told them I was considering taking another gap year after the first”, admits Eric Rydén.

After spending a gap year travelling around Asia and America, he got accepted to Uppsala University’s law programme. But Rydén completely understands his parents’ view.

“They never did it themselves so I don't blame them for not completely understanding the total freedom a gap year gives you”.

Anna Tybrandt’s parents gave their full support during her… three gap years. She mainly worked in her home-town Gothenburg to earn money and travelled around Europe and East Asia. Taking so many gap years was fine with her parents, as long as they were relevant and not a waste of time.

“I doubt that they would've been supportive in the same way if I had spent three years at home playing video games,” jokes Tybrandt. “This year gave us time to discover a lot of things, it opened our minds, we met lots of new people and international students,”says French-Swedish student Adèle Fensby.

In 2012 just 31 percent of high school graduates opted not to take a gap year after high school.

“Since I still live with my parents I do not spend a lot, so it is the perfect time to work and earn money to travel”, says Sellergren who just graduated and has started working for Lindingö municipality in Stockholm. Erik Rydén in China during his gap year/Photo: Private

Some students even change their minds after starting university.

“I had a few friends who started studying and then quit and took a gap year instead,” says Erik Rydén. And he doesn't blame them. “Taking a gap year is by far the best decision of my life. I don't know who or where I would be if I hadn't taken time to consider my university studies and do something other than studying for a while”, he says. 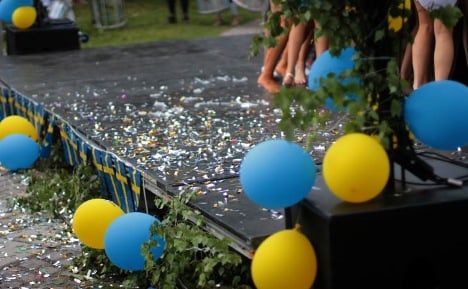 HIGH SCHOOL
‘Pretend to be sober for granny’ and other secrets 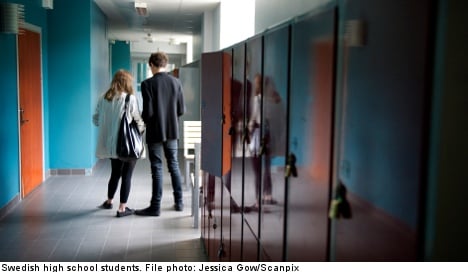 SEXUAL
One in 30 students has had a relationship with a teacher
Url copied to clipboard!