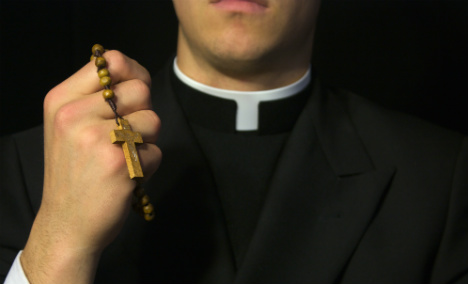 Peter Artman, who was based in Skaraborg, was recorded on camera by an investigative team working for state broadcaster SVT. Posing as a gay man, the reporter asked Artman for advice about his sexual orientation.

"If you want some kind of correction for your lust then you can pray for that too," Artman told the undercover reporter working for SVT's Uppdrag granskning.

In addition to Artman the reporter stated that several other priests he met proffered assistance to "correct" his supposed homosexuality. The priests are members of the conservative group Frimodig Kyrka, which lobbies against gay marriage.

Following the revelations Artman has since been suspended by the Church of Sweden. In a statement released to local newspaper Skaraborgs Läns Tidning, the pastor in Vara said Artman was being removed from active service for the church.

Artman's membership of the Christian Democrats political party also hangs in the balance, after they distanced themselves from his remarks.

"These are values that we from the Christian Democrats do not share in any way," Peter Johansson, chairman of the party's board in north Västra Götaland, told the local newspaper in Skaraborg.

Aftonbladet reported that the party are holding an emergency meeting to discuss Artman's fate.

The suspended priest is also a member of the local government council in his parish.

Artman has yet to comment publicly since news of his suspension was broken.