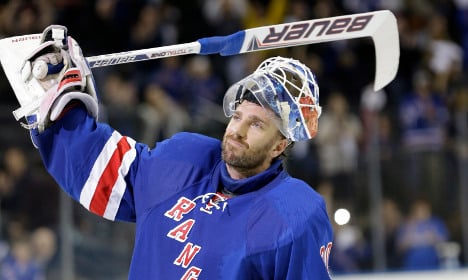 Dominic Moore scored a second-period goal for the Rangers, who captured the National Hockey League's Eastern Conference championship four games to two in front of a crowd of 18,000 at Madison Square Garden.

Goaltender Lundqvist, who backstopped Sweden to a silver medal in the Sochi Olympics in February, said he was on top of his game Thursday.

"I don't know that I have ever been more determined to win a game," said Lundqvist, who set a franchise record for most career post-season victories with 42.

"It took me nine years. I finally made my first Stanley Cup final."

The Rangers will face either the Chicago Blackhawks or the Los Angeles Kings in the National Hockey League's championship series, which begins Wednesday. The Kings lead the other league semi-final series 3-2 with game six scheduled for Friday in Los Angeles.

New York improved to 6-4 at home in the 2014 post-season. This was the first game at Madison Square Garden in this series not to go into overtime.

"We played, in my book, our best game of the play-offs," said Rangers coach Alain Vigneault.

New York barrelled through the Eastern Conference by beating the Philadelphia Flyers in game seven in the first round and then came back from a 3-1 deficit to eliminate Sidney Crosby's Pittsburgh Penguins in the second round.

By beating Montreal, they punch their ticket to the Stanley Cup finals for the first time since winning it all in 1994.

That Stanley Cup saw the Mark Messier-led Rangers snap a 54-year dry spell when they edged the Vancouver Canucks in seven games for their fourth league championship.

Goaltender Dustin Tokarski was brilliant in the series but he couldn't get Montreal over the hump on Thursday. Tokarski, who came into the series when number one goalie Carey Price went down with an injury, made 31 saves.

"Right now it is tough to think of what could have been," said Tokarski.

Said Canadiens forward Max Pacioretty, "We had a letdown."

The Canadiens were seeking to return to the Stanley Cup finals for the first time since 1993 when they won the title. Montreal is the last Canadian-based team to win it all. 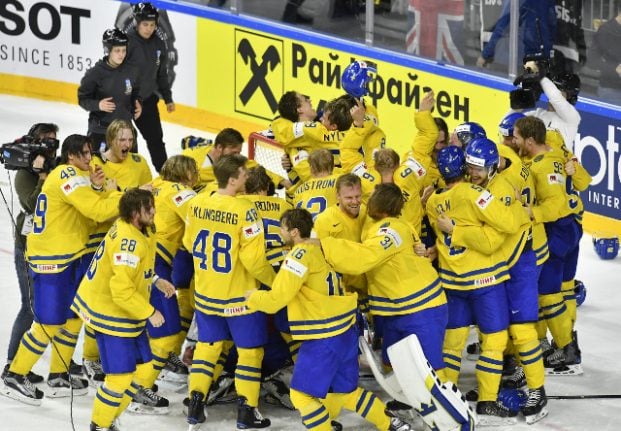