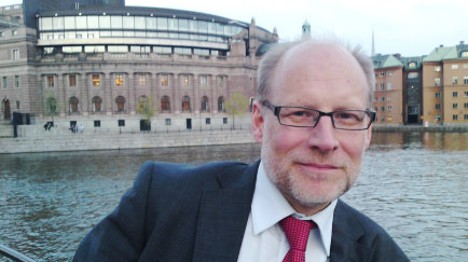 Housing Minister Stefan Attefall wrote in the op-ed pages of the Dagens Nyheter newspaper that he had travelled far and wide to answer a main question: "What is it about Sweden that means there has been half the construction since the early 1990s compared to Norway, Denmark, and Finland?".

A recurring critique, he noted, was the long time it took from idea to the finish line. The delay has meant smaller companies have chosen not to enter the fray, wrote Attefall, who last week announced he would appoint a commissioner to look at improved competition in the building industry.

Among other things, the commissioner will look at whether new rules could make it easier to access credit for smaller and medium-sized construction companies.

Despite the two-decade stall, construction was up by 55 percent last year from the year prior, said Attefall, citing Statistics Sweden figures.

In his Monday op-ed, Attefall did not have kind words for the main opposition party the Social Democrats, who, he said, had accused him of being a minister who only set sail to inquiries rather than to reform. Yet the party has said it would set aside many of Attefall's recommendations about simplifying the planning process, and appoint its own inquiry.

Attefall concluded that observation with an exclamation point – "they want to appoint an inquiry (!)" – a not so veiled hint that the Social Democrats were at best bereft of ideas, at worst hypocrites.

Attefall's competition commissioner will be expected to present a report by October 2015.