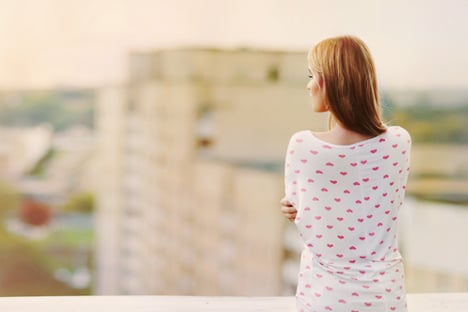 A woman unrelated to the story. File photo:

The young woman from Lund, southern Sweden, had several times tried to kill herself in the past.

Sveriges Radio (SR) reported that in late 2012, she again contacted  psychiatric services and upon admission, told the doctor that she had thought of hanging herself in her apartment. Shortly thereafter, she slipped out to have a cigarette, and disappeared.

Psychiatric services contacted the police with the woman's home address, but SR has now revealed that the police did not send any officers out to search for her.

Her parents, who were informed of the situation, rushed to the scene, only to find ambulance staff outside their daughter's home waiting for the police to help them get into the apartment.

Four hours after she slipped away from the psychiatric unit, the woman was found unconscious with vomit in her lungs, having overdosed on pills. She survived.

Lund police spokesman Jörgen Nilsson has said it was regrettable that it took such a long time for his officers to act.

Nilsson said it was "highly unfortunate" that it had taken the various people involved four hours to coordinate and get staff out to the scene.