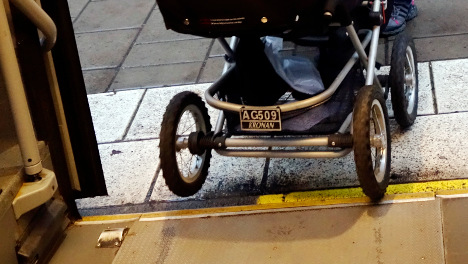 Unrelated file photo: Hasse Holmberg/TT
The incident occurred at the Alvik metro station, western Stockholm, on Wednesday morning. While details remain unclear, initial police reports confirmed that the pram rolled onto the tracks with the baby still inside.
The baby, however, was plucked to safety. The train driver, meanwhile, avoided colliding with the pram and hit the brakes before reaching the platform.
The child was taken by ambulance to the Astrid Lindgren hospital with minor injuries.
"The whole thing was an accident," police said later in a statement.