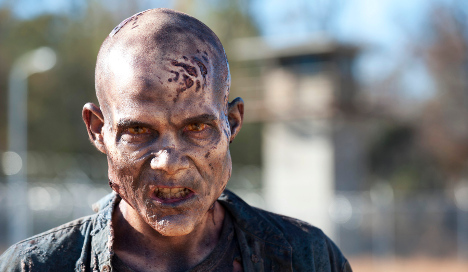 A scene from The Walking Dead. Photo: AP
While no exact dates have been announced, a spokeswoman from Fox International Channels told the Resume magazine that a lot of work remains to be done.
"We're very much a start up, but we have experience and a known mother company behind us," said Åse Ytreland, managing director of Fox International Channels Nordic. "We're used to building up bit by bit."
Fox is no stranger to expansion, and can be found on televisions in 125 countries, almost 60 million households in Europe, and in over 200 million households worldwide. And the US TV giant has already launched channels in neighbouring Norway and Finland.
The move comes on the shoulders of the National Geographic channel, which Fox also owns, and which is already available in Sweden. The National Geographic channel has been a strong success in Sweden, jumping 79 percent in popularity from May 2013 to last month.
And the Fox team plans to offer broadcast hit shows in Sweden with only slight delays from their airing in the US. In Norway, for example, nearly 30,000 viewers stayed up until 2.30am to watch the premiere of The Walking Dead just 15-30 minutes after viewers watched it back in the States, Ytreland explained.
Plans call for the channel to broadcast both Fox's US-produced shows, as well as foreign-produced shows to which Fox owns the distribution rights.
Fox programmes locally produced in Sweden are also an option, she added, noting that audiences in Finland have "enjoyed our Finnish-produced series a great deal".
It remains unknown, however, whether Fox will be able to overcome shrinking television viewing statistics in Sweden.
Sveriges Television noted on Tuesday that more and more Swedes are turning to online streaming devices in place of the box. In fact, Swedes watched an average of nine to ten minutes less TV each day when compared to the same period last year.