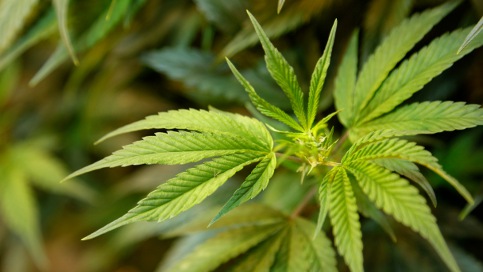 A father and mother were playing with their child at the Norrköping preschool on Sunday afternoon when the plant was discovered.

"I was a bit shocked," the father told Expressen, but added that he had seen ashes in the area before. The school is a popular weekend hang-out spot for youths in the area.

Biologists from the Swedish Museum of Natural History confirmed that the plant, which was 25 centimetres high, was cannabis sativa, or hemp. It's not unusual for hemp seeds to be included in bird feed mixes and spread that way, but the plants which grow from such seeds are not normally used as narcotics.

But it remains unclear which type of marijuana was found at the preschool, as well as how it got there.

Johansson called Norrköping police and was told to remove the plant herself.

"So I did, and now I'm standing here with this plant in my hands," Johansson said. "I'm going to throw it away, and then we'll have to look through the garden thoroughly."

A Stockholm woman was recently arrested after selling marijuana via her Instagram account, and a few weeks prior a 12-year-old was found high at school. Cannabis incidents are reported with increasing frequency in Sweden, despite the Swedish stigma against it.