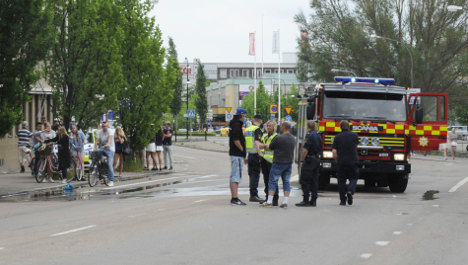 Photo: Micke Gustafsson/TT
The incident occurred on Wednesday afternoon in Dalarna, central Sweden.
The teen is reported to have fallen from the truck, hit his head on the ground, and then been run over by the truck. The extent of his injuries remain unclear, but local police said the truck rolled over his leg.
A reporter for the Dalarna Tidning newspaper said nearby students were in tears. The road was cordoned off by police.
READ ALSO: The lowdown on high school graduation
Students who have finished their senior high school year in Sweden traditionally pile into the back of trucks and ride around town, dancing to blaring music. Often, a great deal of alcohol is involved.
Last week, a similar parade was cancelled in central Sweden after two students fell off one of the trucks. Police on the scene said the students' drunken behaviour was "worse than ever before".
IN PICTURES: See the students parading through Stockholm, 2013 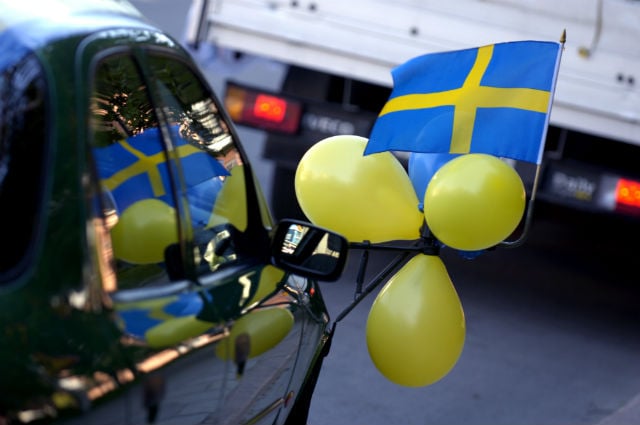 Swedish high school students hold graduation balls in May. Photo: Janerik Henriksson/TT
The 19-year-old man pulled the girl up on stage to give her the “fuck-girl of the year” award in front of 100 fellow pupils, at an event in a Malmö restaurant.
He defended his actions in court by arguing that the word was meant humorously and was intended to describe how popular the girl was, a little like calling her an “enchantress” or a “man-killer”.
The court, however, said it was “far from convinced” by the explanation.
“It must be obvious to each and everyone that the expression … has powerful negative connotations,” the judge Fredrik Landgren and his three lay judges ruled in their judgement, which has been seen by The Local.
The male student also read out a poem which included several sexual insults, and played a sexually explicit song which the court stated “could hardly be interpreted as anything other than painting (the girl) as promiscuous”.
“You can't count on either your fingers or toes how many things have slid in between your thighs,” read one passage in the award citation.
According to the victim, the audience had at first been uncertain how to react.
“First it became silent, as if people were shocked that it was so severe,” she told the court. “Then he shouted out my name and called me up on stage. They put a sash around me and gave me a framed copy of the citation. People pointed and laughed. I felt completely humiliated.”
At the trial, the 19-year-old insisted that he had not intended the award to be insulting, noting that it had come directly after a similar award for “fuck-boy of the year”.
The school's headmaster backed him up on this, defending his decision not to report the boy at the time by describing how the award's male recipient had taken it as a badge of honour.
The boy explained to the court that the male moniker had been taken from Skam, a popular television series about Norwegian teens, and so was an in-joke at the school, where the show had a cult following.
When he had written the text, he added, he had not known which girl at the school would be given the award.
In court, the boy's lawyer Natalie Medina pointed out that all pupils in the year had been sent an online poll in which they could nominate pupils for ten different accolades.
The plaintiff had therefore known that the award would be given when she attended the graduation event and may even have voted in the poll.
Medina argued this constituted a sort of consent, but the court rejected this.
“The court cannot see that [the plaintiff's] actual participation in the vote should lead to the conclusion that she consented to the crime in question,” it concluded.
The 19-year-old was also ordered to pay a fine of 3,000 kronor.
SHOW COMMENTS 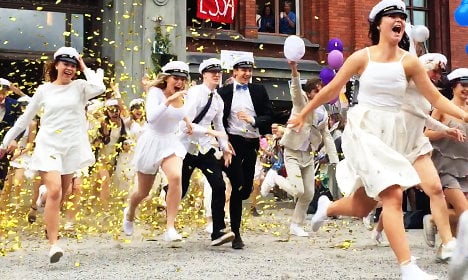 SCHOOL
Is this Sweden’s coolest ever graduation dash? 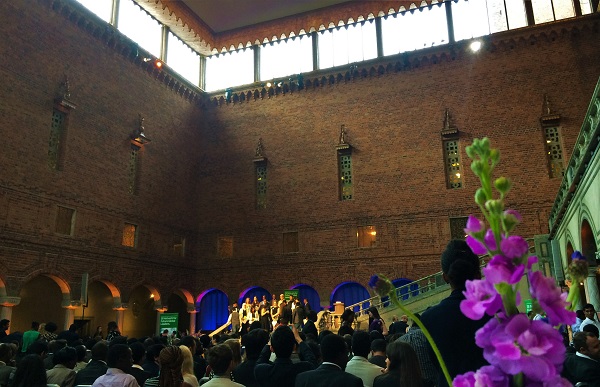