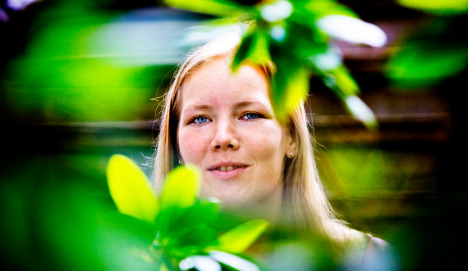 Sweden may be a world leader in gender equality…but the country's leaders are lagging behind.

The wage gap in Sweden is greater among politicians than in the general society, an investigation by news agency Siren has revealed. Swedish women working in politics receive lower pay than to their male counterparts compared to women in other fields.

In 2012 the average Swedish woman's salary was 86 percent of what a Swedish man received for the same job. For female politicians that number is slightly lower at 84 percent.
The report, released on Wednesday, revealed that the wage differences are greatest in the Christian Democrat and Swedish Democrat parties, where women raked in only about 75 percent what their male colleagues receive.

"It's hardly surprising that the two most conservative-valued parties have the largest wage gaps," quipped Lars Gårdfeldt, a priest and LGBT activist who is also a parliament candidate with the Feminist Initiative party (Feministiskt Initiativ, F!).

For the Swedish Democrats, the gap is irrelevant, a party spokesman said.
"Men are over-represented in the Riksdag and that probably drives up the wage differences. But it's immaterial," SD press secretary Marin Kinnunen told the Svenska Dagbladet newspaper on Thursday. "We choose candidates based on competence and not what they earn."
The liberal Social Democrats and Green Party have done the best job of closing the gap, the report said, with women earning 90 percent the pay of male members.

Another report by Siren this week showed that Swedish politicians earn a great deal more than the average Swede. The largest difference was in Trosa, a small town in Södermanland south of Stockholm, where on average a politician makes 126,000 kronor ($18,800) more annually than the rest of the adult population.

However, the report also reflected that it's the men in particular who are financial high-fliers. Among the list of the 20 best-paid Swedish politicians, only four were women.