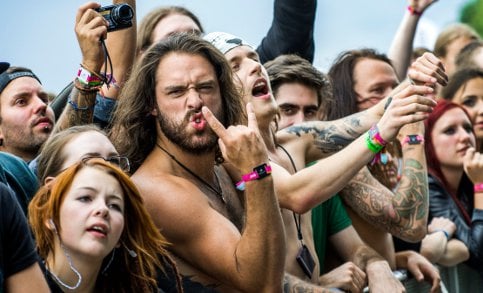 Cash is no longer king. Many Swedish music festivals will soon be entirely cashless, organizers announced on Friday.

"All festival armbands will have chips," said Niklas Westergren, marketing director at FKP Scorpio, one of the largest organizers of music festivals in Sweden.  "Before the festival begins, people can create a profile where they can add their bank details."

Instead of keeping track of cash, festival-goers can transfer money from their accounts and then just swipe their armbands to make purchases. If the money loaded on the armband runs out, there will be filling-stations on the festival grounds to make additional transfers. Any funds left over on the armband would be automatically transferred back to the user's bank account after the festival.

"It takes much less time to make purchases this way," Westergren said.

The concept is "well-established" at festivals abroad, and was tested in Sweden for the first time at the rock festival Sthlm Fields which took place in May. Bråvalla, an international music festival in Norrköping at the end of June, will also use the system. Wireless festival payment systems were rolled out at several events in the UK in 2012, and the first multi-day cashless festival in the US took place in May at Mysterland.

Festivals may be the next stepping stone on Sweden's way to becoming a cashless society. Only 27 percent of retail sales are made in cash, and those numbers would be even lower if online sales were included.