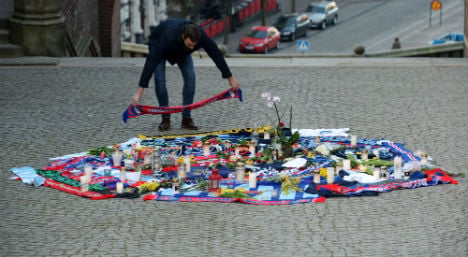 Photo: TT
The incident occurred in late March in Helsingborg, southern Sweden, during a pre-match brawl.
A 43-year-old supporter of Djurgården was struck down by a 28-year-old. The victim was hit in the head, fell to the ground, and died in hospital care soon after.
The Helsingborg District Court sentenced the 28-year-old on Tuesday to eight months prison for assault and manslaughter, reported the Aftonbladet newspaper.
"I struck him in self-defence," the convicted man told the court. "He grabbed me by the jacket and raised his arm as if he was going to hit me."
Several witnesses, however, said that the attack was unprovoked.
Read also: Enough! The murder of a Swedish football fan
The football match after the brawl was cancelled midway through after Djurgården supporters began chanting "murderer, murderer" and invaded the pitch.

The Swedish government recently introduced plans to bar known hooligans from football stadiums for up to three years with proposals to ban the use of face masks often worn by extremist supporter gangs.

The incident marked the second death in Sweden related to football hooligan violence — a supporter died during fighting in Stockholm city centre in 2002 during a game between Gothenburg and Stockholm team AIK. 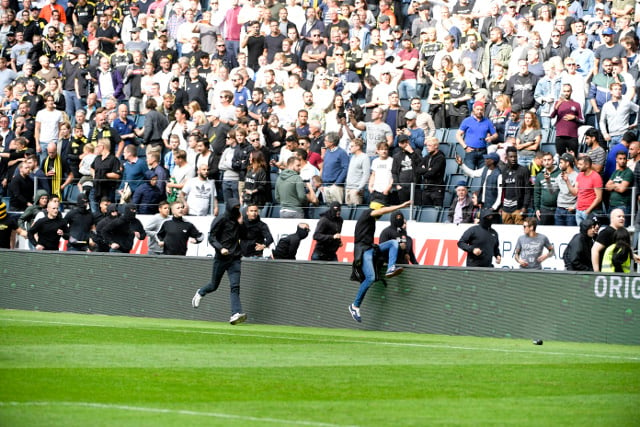