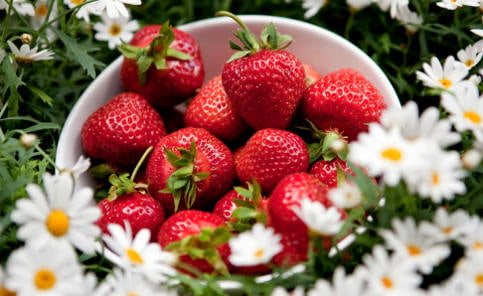 Strawberries are a critical part of Midsummer. Some might even say they're the highlight. They're the appetizer, a snack food, and dessert. They're what keep Swedes smiling when the rain pours down outside.

And this Midsummer may be very good indeed, as there is an abundance of Swedish strawberries.

In fact, 73 percent of Swedish people prefer the taste of strawberries grown in Sweden to those imported from abroad, according to a survey last year by pollsters YouGov.

Hepatitis risks are another factor in native berries' popularity, as over the past few years there have been multiple sickness scares involving imported berries.

"Swedish berries are safe to eat, you don't need to boil them," said Värmland berry farmer Anders Hagberg. You don't have to wash or chill them either, he insisted. He prefers them fresh-plucked from the field.

"Strawberries are best when they're still warm from the sun on the fields."

Strawberries are grown in Sweden on roughly 2,500 hectares of land, an area corresponding with about 3,500 football pitches. This year's berry crop was threatened by frosts earlier during the season, but general warmth in May and June have secured a ripe harvest.