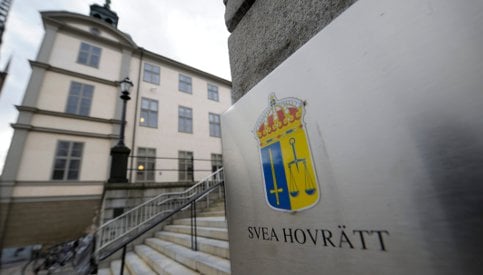 A 54-year-old man Swedish man was sentenced on Thursday to lifetime in jail for genocide and warm crimes in Rwanda.

The Stockholm District Court convicted the man last year for participating in the massacre of tens of thousands of people in western Rwanda. He appealed the case to the Svea Court of Appeals, which found him guilty a year later.

"He has contributed as a leader to the onslaughts, for example by leading and organizing groups of perpetrators and urging them to assault the Tutsi people," the court wrote in its decision.

During the trial, the district court travelled to Rwanda to inspect the sites of several mass killings and interview witnesses to massacres in which the sentenced man was accused of playing a leading role, including at a church and in a sports stadium.

The court reiterated the earlier judgement that the man had a leading role at a lower level and "collaborated with others to take part in murder, attempted murder, incitement to murder and kidnapping".

It found that he had "shot at people with an automatic weapon during several massacres." The man claimed he was not at the scene of the crime, and questioned the witnesses' credibility.  The lawsuit was built entirely upon their testimonies. The man grew up in Rwanda but is a Swedish citizen, meaning he was tried in a Swedish court.

The court determined that he played a commanding role in two of the attacks, while freeing him from charges relating to two others.

The Svea Court of Appeals, founded in 1614, is the largest of six appeal courts in Sweden. Genocide and war crimes are the most serious crimes the Swedish court have addressed.