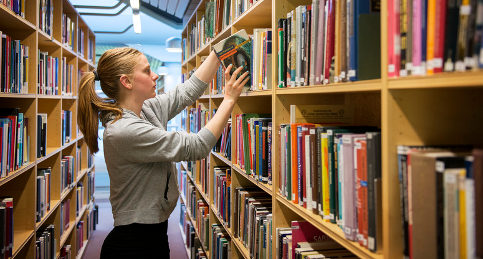 Despite relatively high pay rates, Sweden lags behind other European nations when it comes to making university education economically worthwhile. Swedes who have graduated from higher education do not earn much more than those who only graduate high school, and women are at a particular disadvantage.

The statistics come from two separate studies, one conducted by the international Organisation for Economic Co-operation and Development (OECD) and one by Saco, the Swedish union that represents employees and job seekers with higher education.

Both studies revealed that Sweden is the OECD country where it is least worthwhile for women to complete higher education.

The OECD prepared a breakdown of revenue output for higher education in various nations. The report measured how much higher salary university graduates receive over the course of a lifetime compared to those who begin working directly after high school.

Female university graduates in Sweden can expect 6.5 percent higher lifetime pay than their peers who only finish high school. This is only a third of the increase in Poland, Turkey, and Slovakia.The OECD average is 11.5 percent.

"Only giving 7-percent revenue on average for a multiple-year college education sends the wrong signals to our youth," Saco wrote in a debate article in newspaper Dagens Nyheter, where the statistics were presented on Thursday.

"There must be a clear connection between an individual's career possibilities and wage dispersion within a profession."

The situation isn't much better for male university graduates in Sweden, who earn 7.6 percent more than high school graduates. The OECD average is 13 percent. Only Greece and Norway have rates to rival Sweden's.

Saco's own studies revealed that there are even certain jobs where Swedes lose money by not starting work immediately. Librarians and even biologists may also lose out long-term by attending university. The majority of these losing professions, such as elementary school teachers, are female-dominated areas.