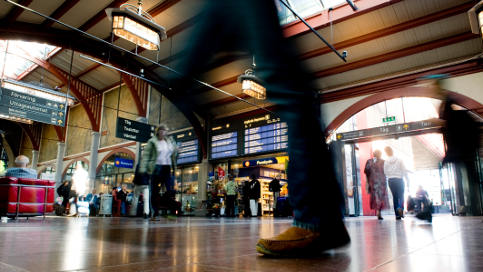 At 2pm bomb technicians discovered an object on a Gothenburg train, prompting police to evacuate and shut down the bus terminal and parking lots at the station.

Police were alerted to the threat late on Monday morning, when a mysterious package was reported to be on board a train bound for Malmö and Copenhagen.

Officials evacuated the premises, and traffic was halted on many tracks at the station, reported the Aftonbladet newspaper.

By 3.15pm, the bomb had been destroyed, with trains rolling again soon after.

"The object did not contain anything explosive and the danger is now over," police spokesperson Ulla Brehm told the paper.

The object was found on a train bound for Malmö and Copenhagen.

Gothenburg's central station was hit by another bomb threat just a few weeks ago, after a passenger told a guard that he had a bomb in his bag. The man was arrested soon after for making illegal threats.