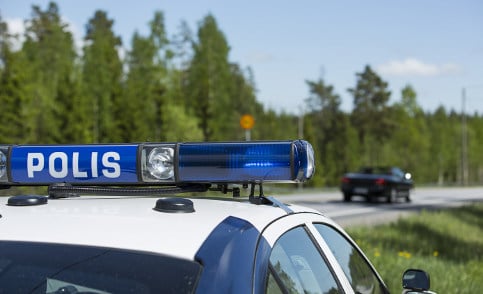 "Midsummer weekend can be a trying time – now we summarize our work with a rhyme."

So begins the tale. Fredrik Arvidsson, a policeman in Halland, western Sweden, decided to observe Midsummer by writing a ten-verse poem about the weekend's work.

"Some just want to find a girl,
while others take their fists for a whirl.
One just wants to sit in his chair,
but his phone has vanished into thin air."

Arvidsson praises those who say 'hej' on Midsummer, and bemoans the "pigs" who act up.

"Causing a fuss won't help, you know. It's better if you just go home," he wrote.

The poem includes more than 30 sets of rhymes, describing in colourful slang how local police forces greet revellers on the streets but cannot be tempted, and end the night with eyes feeling like glue.

Posted on the Halland Police Facebook page on Sunday night, by Monday morning the post had already received over 1,000 'likes'.

Arvidsson was showered with compliments in the comments.

"You could easily write songs with Håkan Hellström," one fan wrote, referring to the Swedish indie-pop star. Another was left wondering if Arvidsson wrote police reports in the same manner.

One had even stronger feelings:

Read the poem (in Swedish) here.