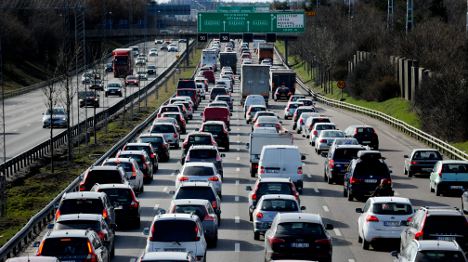 Three people died on the roads in Sweden this Midsummer.

A woman died in central Sweden on Thursday night after a collision with an elk.

In Helsingborg, a two-year-old girl died on Midsummer's Eve after she was run over by a car.

On Saturday, police arrested a 20-year-old man in Tibro on the suspicion of aggravated drunk driving after he ran over a man who later died from his injuries.

There was also a string of traffic-related accidents, including one so serious that the engine flew out of the car in Norrköping.

Sunday, however, was relatively calm for a Swedish Midsummer weekend, a day that usually promises the most traffic-heavy roads for the year.

On the whole, police and Sweden's Traffic Agency (Trafikverket) described the long weekend's traffic as relatively calm. An average of seven people usually die on the roads during the break, with 300 usually injured.