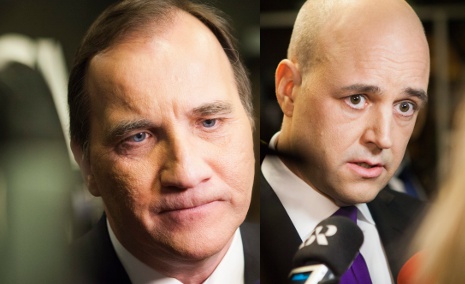 Löfven and Reinfeldt. File: TT
The gap between Reinfeldt and Löfven is widening, according to a Demoskop poll published in the Expressen newspaper on Tuesday.
In the poll, Löfven claimed 46 percent of support from the 1,200 people surveyed at random, compared to 34 percent for the head of the ruling Moderate Party.
The 12 percentage point gap showed a marked increase from a similar survey in April, when the pair were split by just three percentage points.
Sweden's national election is in September.