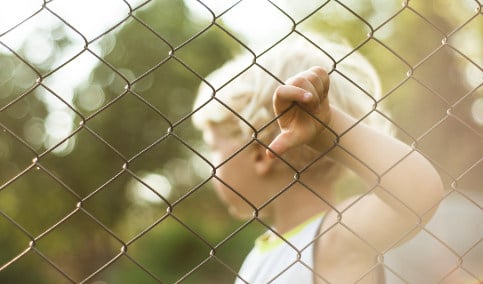 The father was handed a 14-year prison sentence in 2010 for aggravated narcotic crimes, and was soon placed in the prison's secure wing.

The plaintiff is the organization Reclaim Justice, an independent group started by a man previously convicted of fraud who was dissatisfied with Swedish courts and prisons.

"Reclaim Justice is working to improve the Swedish judicial system by illuminating deficiencies in the justice system as well as correctional treatment," the organization's Facebook page reads.

The organization pays the costs of the trial and has only asked for a single symbolic krona ($0.15) coin in damages on the boy's behalf.

"The goal is to point out that the boy has not been allowed to see his father to an adequate degree," Stig Barrdahl, the lawyer who has drafted the legal action, said.

The lawsuit contends that the boy has suffered both physically and mentally due to the lack of contact with his father.

"My name is NN and I just turned seven," the introduction of the document reads. It goes on to describe how the boy's father was originally able to ring him fairly often from the jail, but was then moved to a secure wing where he was only allowed to use the phone once a week for ten minutes. Physical visits also became rarities.

"When dad was at the prison my sister and I could visit him, but we only saw him a couple of times before he was moved. It has been terrible."

The lawsuit claims that the boy was permitted to see his father less and less frequently, even after a child psychologist recommended that they meet more often.

"Sometimes it goes so long between meetings that I am afraid I won't recognize him or that he won't remember me," the boy said in the summary of grounds for legal action.

The organization is suing the state for violating article 8 of the European Convention on Human Rights, which states that each person has the right to respect for his or her private and family life, home, and correspondence.

"There shall be no interference by a public authority with the exercise of this right", the convention states, except when absolutely necessary for national security or well-being.