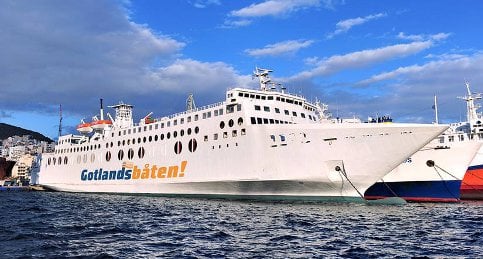 Gotlandsbåten, a ferry company offering trips from the Swedish mainland to the island of Gotland, is in its very first season. But so far things are not going so well.

The company's main ship, the M/S Västervik, is still in Greece, prompting the company on Tuesday to cancel all bookings until further notice.

The ship's maiden trip between Västervik and Visby was planned for June 16th, and over 9,000 passengers had booked trips in late June and early July to attend Almedalen, Sweden's largest political event.

But the boat, which was chartered from a Greek shipping company, is still sitting in a harbour in Greece awaiting a final inspection.

The company has been forced to buy tickets from their competitor, Destination Gotland, to compensate their customers. Over 5,000 people have already rebooked their tickets. However, there may not be room for all passengers to rebook on the day they would like.

The man behind the new business, Pigge Werkelin, has blamed the complications on everything from weather to foul play.

"This is no more unusual than when the train runs off track between Stockholm and Uppsala," he told newspaper Aftonbladet. "It's also bad luck with the weather in Greece. But it's also straight sabotage. Parts which should have been mounted on the boat have vanished."

Werkelin has flown to Greece to negotiate with the shipping company, Sveriges Radio reported on Tuesday.

The company's selling plan was to be as cheap as possible, offering fares from Västervik to Visby for just 90 kronor ($13). The last time the trip to Gotland was that inexpensive was in 1983.